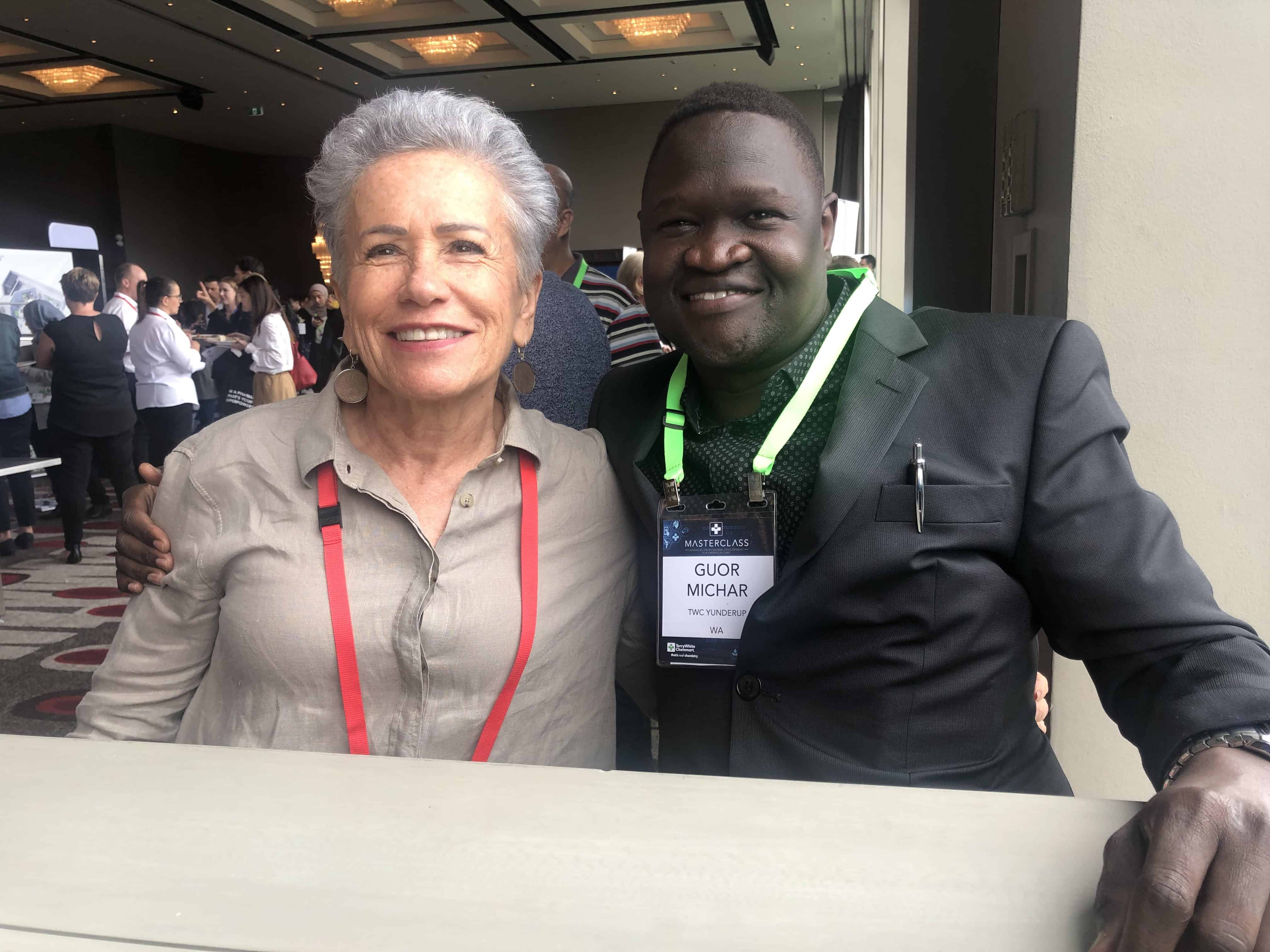 Over lunch at the TerryWhite Masterclass I had the pleasure of meeting and talking to a pharmacist whose journey I found nothing short of inspirational.

If you have ever felt sorry for yourself and think that your journey has been tough, I encourage you to read on and learn about Guor Michar, now a father of 3, married to an Australian and living in WA.

Guor was born in the town of Akot in Southern Sudan. He was conscripted as a young man and then basically sent off to a refugee camp in Ethiopia to “grow up”. He remained there for 4 years before being sent to Kenya to another refugee camp where he remained for 11 years.

At the ripe old age of 24, after the 11 years in the Kenyan refugee camp, he and his 12 year old cousin were brought to South Australia under the humanitarian program of the United Nations.

Guor spoke no English when he arrived and he told me that people used to just turn around and stare at him wherever he went.

He wanted to be a doctor but did not want to go back to high school to be able to achieve this so he chose Pharmacy instead. He passed the exams required to enrol despite the odds stacked against him.  He worked harder than his peers and ended up with distinctions and high distinctions.

Moving forward a few years he met his wife in WA, married and now not only has 3 children but is on the path to outright ownership of a TerryWhite Chemmart Pharmacy.

Guor has never forgotten from where he came and his latest project involves building a clinic in his home town of Akot where his parents still live.

Guor, it was such a pleasure meeting you. I wish you success in your future endeavours.